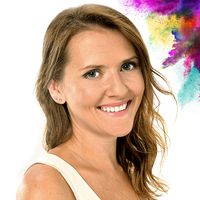 Wow. I was really moved by this video from new French President Emmanuel Macron. Personally, and professionally at LHi we believe in the importance of investing in sustainable and responsibly sourced energy. The success of Piper Maddox, our renewable energy brand, is testament to how (fingers crossed) the world is beginning to make a shift in the right direction.

With recent changes in global politics there have been real fears around budget cuts in renewable energy. Is migrating to Europe the answer for Americans working in the renewables sector? I'm not sure. Europe and China still lead the way in sustainable energy but the U.S has more than tripled in renewable energy capacity since 2008 with wind and solar accounting for most of the increase.

Last month, Francesco Starace, Chief Executive of Enel, the largest European power company, said that investment in renewable energy in the US (and globally) would continue to increase despite any attempts by the current administration to revive fossil fuels. In addition, we also had retail giant Walmart announcing their commitment to increasing their reliance on renewables by launching their energy storage project in a bid to hitting their target of 50% of its operations powered with renewable energy by 2025.

So I'm not sure if there needs to be a mass exodus of climate change researchers and scientists to France, but, I do believe Emmanuel's  intentions and actions are spot on.

If more world leaders took a leaf out of Emmanuel's book and publicly proclaimed "I have no doubt about climate change and how committed we have to be regarding this issue" I know I would feel happier about the future of our planet.

I care about climate change and feel passionately about sustainable energy, but I'm not a renewable energy professional. I'm interested to know what people actually in the industry think... over to you.

Emmanuel Macrons address to American climate scientists. You can find his original tweet at https://twitter.com/EmmanuelMacron/st....

It's not what you know, it's who knows you!
Kim Pasteau

Should Recruiters Be Worried About 'Google for Jobs'?
Lewis Cornwall
repost  cancel